Aquaex India is the most important platform to find information on trends and new products on Fisheries and Aquaculture for South Asia. Make Face-to-face discussions between existing and potential business partners or with suppliers, buyers, exporters and new technologies. Attend industry focused seminars, experience live demos and find solutions for better aqua-businesses.

Aquaex India is the most important platform to find information on trends and new products on Fisheries and Aquaculture for South Asia. Make Face-to-face discussions between existing and potential business partners or with suppliers, buyers, exporters and new technologies. Attend industry focused seminars, experience live demos and find solutions for better aqua-businesses.

AquaEx India 2021’s main motto is to act as a platform for all the stakeholders of industry by facilitating knowledge transfer across various facades. The trade fair has every touch point to cater to all the participants right from enthusiasts to entrepreneurs, breeders to farmers, manufacturers to suppliers, consultants to scientists, academia to administrators and traders to transporters.
Showcasing latest developments which are causing a paradigm shift in the aquaculture, the expo’s main intention is to bridge the gap between the industry and farming community. With an integrated approach to cover the whole length and breadth of the sector, Aquaex India 2021 is going to have a stellar 150 plus exhibitors and expected to have more than 40,000 visitors and delegates from all over the globe.
A wide variety of seminars on the most happening topics of the industry whether it be scientific, trade related or newer opportunities, the knowledge flow is going to be endless! A most sought after bunch of scientists from reputed research bodies and private companies will helm the stage and it is going to be nothing short of a global carnival for both novices and stalwarts.
DIRECTION TO THE VENUE
Major Event Highlights
1. Buyer-Seller Meet
Bhimavaram, AP being the epicentre of the aquaculture production and trade in India, a huge influx of both national and international trade activity benefits all stakeholders. This unique Buyer-Seller Meet facilitates the first hand interaction of both the communities that eventually engage in business activity and reaping mutual benefits. By providing tailor-made platforms, Buyer-Seller meet enables your trade endeavours to shape up well by generating profitability and forming strategic partnerships.
2. Power-packed Seminars
Aquaex India 2020 is hosting a series of seminars on the contemporary trends and issues that are going to shape the future of aquaculture industry. Speakers with illustrious expertise and paramount experience in Fisheries impart that much needed knowledge on a course of three days that is going to benefit all the participants. An extensive approach in topic selection makes sure that every stakeholder is benefitted
3. Product Launches
Dedicated slots are allocated to manufacturers to launch and showcase their products/services and upcoming technologies on the centre stage. In this manner, the brands can entice and engage with their prospective customers by creating interest and can demonstrate the features by first-hand interaction. A minimum duration of 15 minutes per brand to promulgate your products enables that much needed attention and limelight to be flooded on them as intended.
4. Live Product Demos
Aquaex India enables you to view the Fisheries and Aquaculture opportunities spectrum from various vantage points through its revolutionary first-hand experience initiative as “Live Product Demos”. These demo sessions will enable the participants to gain insights into the core and allied facades benefit according to their trade needs.
5. Aqua Bazaar (Flash Market)
Aqua Bazaar is a flash-sale-market offering top rated Aqua and Fisheries products, tools, equipments and everyday usable goods at specially-discounted price. The main aim of Aqua Bazaar is to make a wide range of products from all over the globe available to the visitors of AquaEx India 2021 that complement the aquaculture business at an affordable price.
Register for Free Visitor's Pass
Gujarat Fisheries
When Gujarat state got the constitutional status on 1st may, 1960 and got separated from Mumbai, the Fisheries department started with around 3531 boats. Out of which 314 boats were operational with machines and the remaining 3217 boats were operational without machines. Sea production was around 79412 million tons. And its total estimate was around 175,75 lakhs. At present the number of boats have increased and gone up to 37965. Out of which 28580 are machine operated boats and 9385 are operated without machines. And sea production is increased to around 7,00,809 million tons. And its total estimate was around 532915.45 lakhs.
Various schemes under Inland Fisheries
In past inland fisheries was considered as day dreaming and it was just for catching fish type of fisheries and that type of fisheries was majorly done by fishermen living on the sea coast. Inland fisheries have opened new doors to boost manufacturing related to fisheries.
Various schemes under Brackish Water Aquaculture
6000 km of coastline of India Approximately 14.2 lakh hectares of saline belts in the area are available for development of Brackish Water fisheries. In addition to using the infested waste land in this coastal area to increase the production of fishery, "Shrimp" which is very important at international level and earning foreign money by fisheries in Brackish Water. A good production can be achieved by raising it. To meet the demands of the international market, our country's development areas have developed and there is a great need for fisheries. In Gujarat state having approx. 89,000 hectares more suitable for Brackish Water aquaculture.
Location Advantage, Surat, India
Surat is one of world's fastest growing city in the Indian state of Gujarat. It used to be a large seaport and is now the commercial and economic center in South Gujarat, which is famous for its diamonds, textile Industries and now Fisheries. It is the eighth largest city and ninth largest urban agglomeration in India. The city is located 284 kilometres (176 mi) south of the state capital, Gandhinagar; 265 kilometres (165 mi) south of Ahmedabad; and 289 kilometres (180 mi) north of Mumbai. The city centre is located on the Tapti River, close to Arabian Sea.
Gujarat state is at the top position in Fisheries as is at the west coast of India and it covers 1/5th part of India along the coast as well as it is exclusive economic zone. It contributes about 20% of total marine production. There are abundant Inland fisheries opportunities in Gujarat because of 6 large reservoirs and small water bodies and Sardar Sarovar command area. 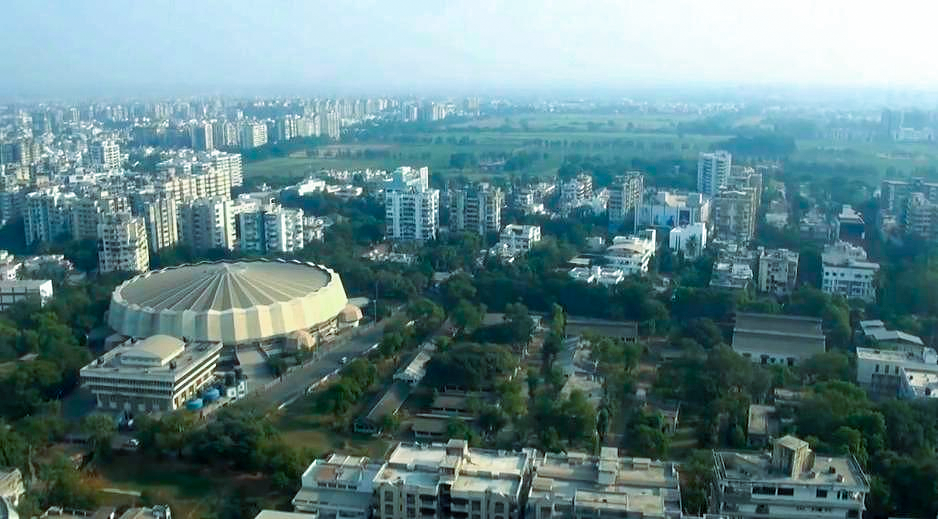 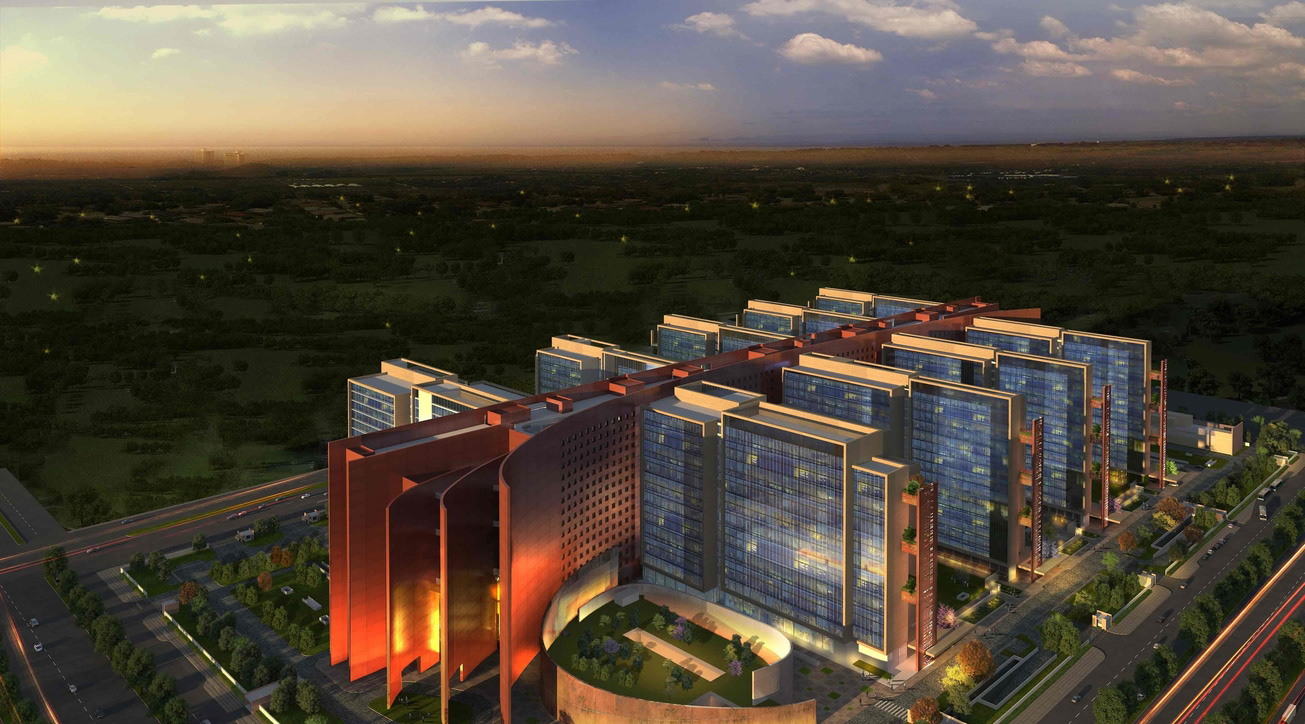 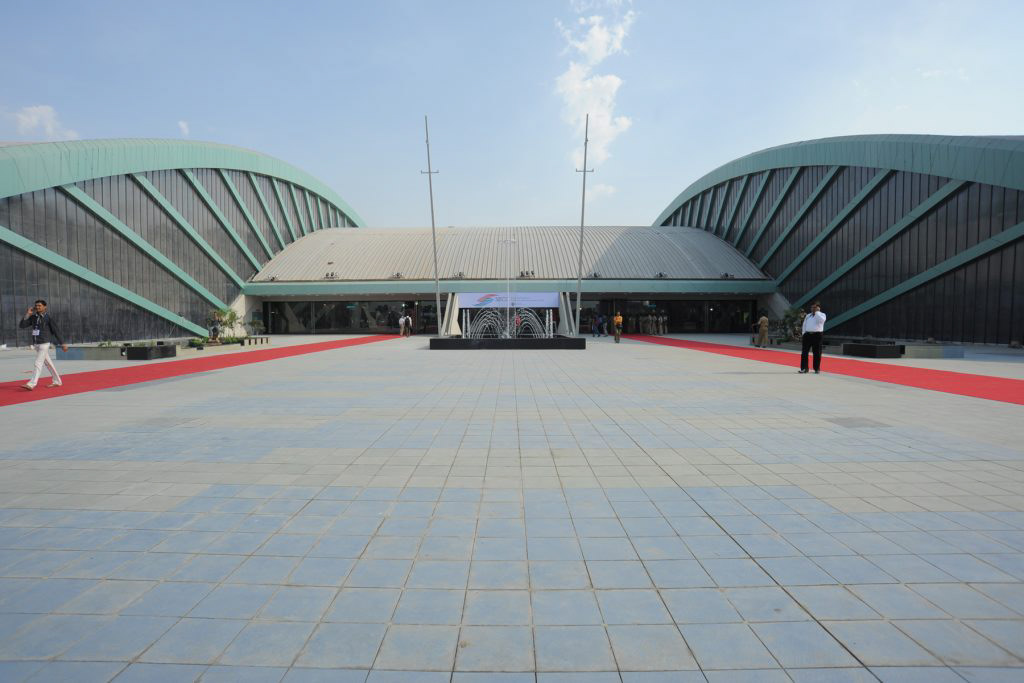